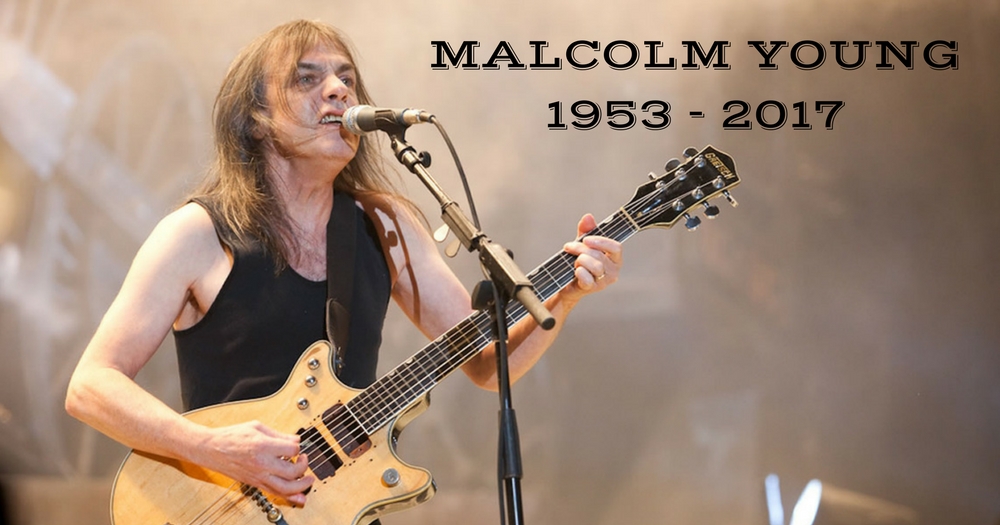 So sad to learn of the passing of yet another friend, Malcolm Young. He will be sadly missed. God Bless @ACDC pic.twitter.com/HuEp3kCuyQ

Our thoughts go out to Malcolm Young's family and friends during this difficult time. pic.twitter.com/iZayVHwvZF

So sad to hear about Malcolm Young. Absolute legend. RIP.

I just heard Malcolm Young has died. He was and always will be one of the top 10 greatest. My heart goes out to the entire AC/DC family.

Today it is with sadness to hear the passing of Malcolm Young.
He was the driving force behind AC/DC
A great solid guitarist, a great songwriter a visionary and he was a perfectionist ..
My thoughts and prayers to the family .
R.I.P. pic.twitter.com/hnTjo9QrbK

It is a sad day in rock and roll. Malcolm Young was my friend and the heart and soul of AC/DC. I had some of the best times of my life with him on our 1984 European tour. He will be missed and my deepest condolences to his family, bandmates and friends.

RIP Malcolm Young.
Very sad news. Thanks, Malcolm for all the great music. Our condolences to the family, friends and fans. Mr. and Mrs. Bill Ward pic.twitter.com/aa7aF65qgW

Malcolm Young of AC/DC`s guitar playing feels like sex. What a perfect. perfect rhythm guitarist. What an original and immensely pleasurable body of work he gave us. Gone way too soon, he will be sorely missed.