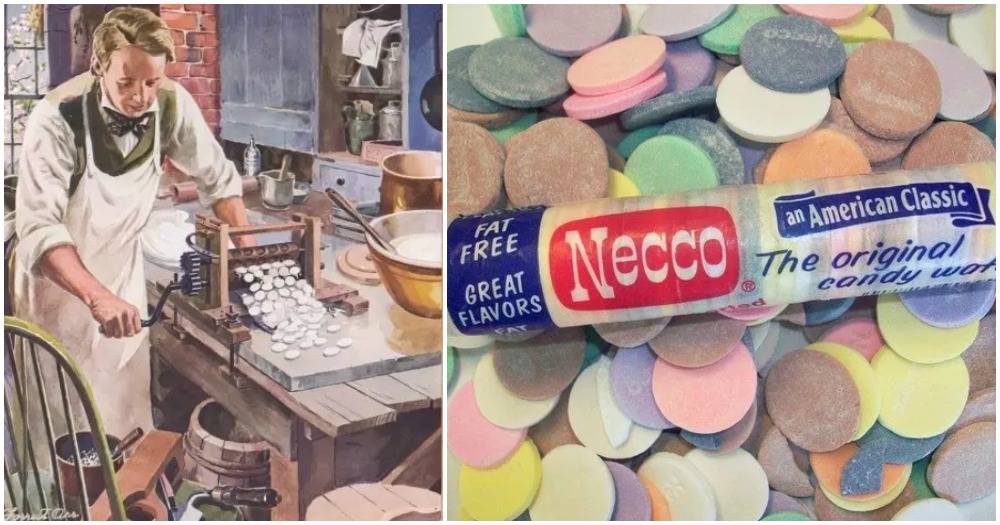 11. The Cambridge, MA factory used to have this awesome painted water tower

The factory was located right near the MIT campus in Cambridge from 1937-2001. The building was bought by a pharmaceutical company who paint over the colored water tower with their stupid logo. Booo!

(The symbol for Kosher-certified foods)

14. They have a chocolate version, which means they’ve figured out how to make chocolate gross.

15. If you mix NECCO wafers and Pepsi, it’ll light on fire

I assume because of the glycerine in NECCO wafers or something, but I’m no Bill Nye, ok?

16. NECCO got into the music business, weirdly

They sponsored this soundtrack of a ’60s Disney musical.