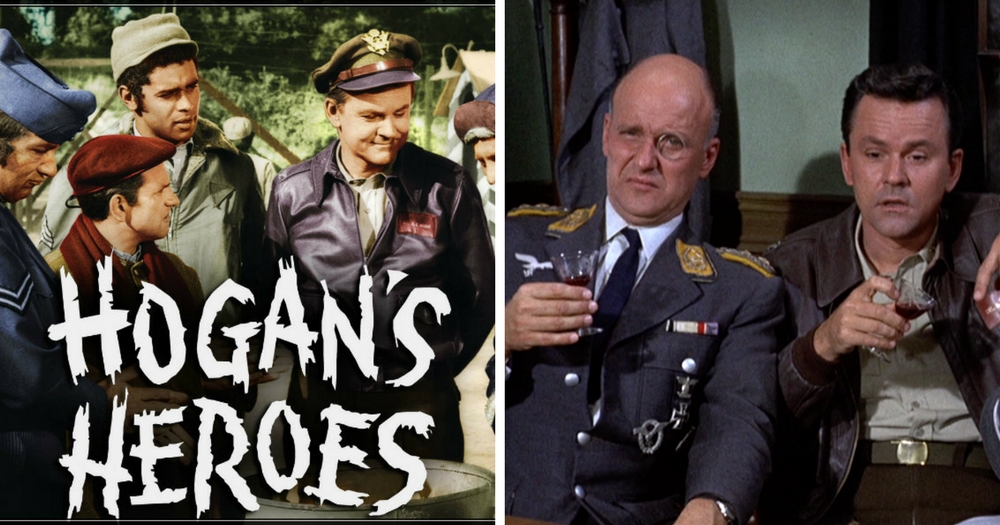 It’s funny how the moments of your childhood that seem the most irrelevant are usually the ones you remember the most. For instance, when I was a kid there was about a 90-minute period of the day that I wouldn’t trade for anything in the world. Every single day I’d get out of school at about 3:30 and rush home to sit in front of the TV with my father (and sometimes sister) while we waited for mom to get home at about 5:30. I’d park myself on the carpet in front of the TV while my dad would doze off on the couch. But while life was good for that first hour while we watched reruns of Happy Days or Coach or something, I’d always have to leave when Hogan’s Heroes came on.

Sure, my dad loved it, but my pre-adolescent mind couldn’t help but get bored as soon as those military drums started banging and the yellow letters that read Hogan’s Heroes came up on the screen. But as I got older, I started to open up to the show, and nowadays I even kind of enjoy it.

What I didn’t realize, however, were some of these amazing facts about the making of the program.

1. The original script had the show set in an American jail.

Series co-creator Albert S. Ruddy first set Hogan and his heroes in a domestic clink. He rewrote the script upon learning that NBC was developing a show titled Campo 44, which would be set in an Italian WWII prison camp. In an interview that appears on the Hogan’s Heroes complete series DVD set, Ruddy claims that it took him just a day to rework the show into its WWII setting. Three years ago, Ruddy and Bernard Fein won the rights to the show back from billionaire basketball owner Mark Cuban.

2. Richard Dawson wanted his character to have a Liverpool accent.

The rakish British star originally auditioned for Hogan, but could not pull off a convincing enough American accent. Instead, he was cast as Cpl. Newkirk of the RAF. Dawson at first performed the role with a Liverpudlian accent but was told by the network that nobody could understand him.

Dawson switched to a Cockney dialect. When Beatlemania exploded in the States, Dawson jokingly told his bosses, “I told you so.”

With its network of tunnels and trap doors, Stalag 13 was certainly far-fetched. At first, it was even more fantastical. The prisoners had an underground steam room. It was removed for being deemed too outlandish.

4. The actors playing the four main German roles were Jewish.

Klemperer (Klink), Banner (Schultz), Leon Askin (Burkhalter) and Howard Caine (Hochstetter) were Jewish, and all but the latter had fled the Nazis during WWII. Additionally, Robert Clary, who played the cooking French corporal, LeBeau, had been interned at a concentration camp. Klemperer stated at the time, “I am an actor. If I can play Richard III, I can play a Nazi.” The actor insisted that Hogan always won out over his captors.

The tagline was sarcastically suggested by comedian and author Stan Freberg in an interview with Bob Crane in The Sunday Times, on September 15, 1965. “Shall we say, ‘If you liked World War II…you’ll love Hogan’s Heroes?'” Freberg dryly asks. “No, let’s not say that, no,” Crane responds. Nevertheless, it became the tagline.

Clary, Dawson, and costars Larry Hovis (Carter) and Ivan Dixon (Kincheloe) — pictured on the album cover — used the success of the series to showcase their singing talents. The four sang popular songs of the 1940s on this tie-in album. The liner notes on the back begin, “Would you believe World War II was funny?”

Page Page 1 of 2
Previous article: How Well Do You Know Columbo?
Next Post: You Can Now Actually Have ‘Breakfast at Tiffany’s’ (And It’s Totally Instagram-Worthy)