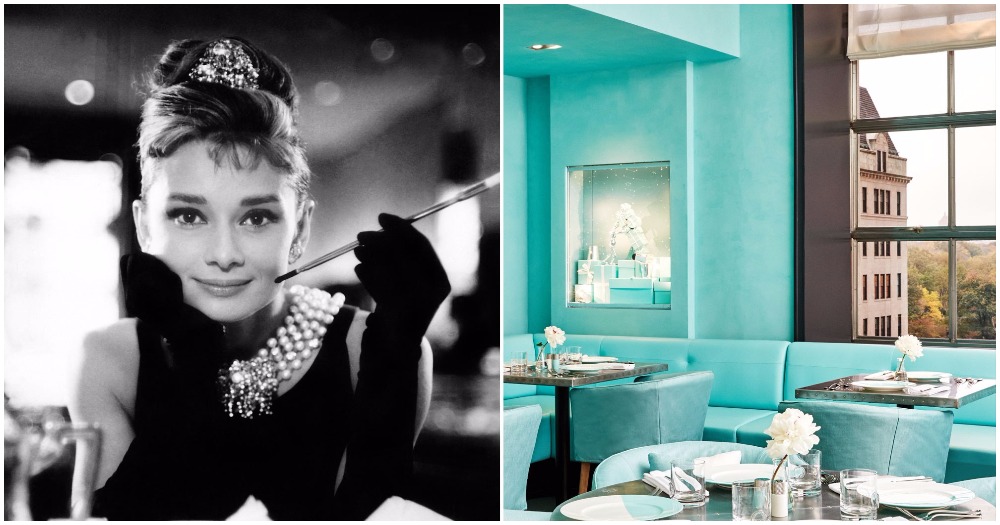 What about Breakfast at Tiffany’s?

Whether it’s thanks to the iconic 1961 film (starring Audrey Hepburn as Holly Golightly in that iconic LBD) or the Deep Blue Something song you now probably have stuck in your head (our bad), at some point everyone has wanted to have breakfast at Tiffany’s.

There’s just one problem: Tiffany’s is a jewelry store. You can’t actually have breakfast there… Unless you fancy eating a croissant while window shopping outside the store à la Audrey (we wouldn’t blame you).

But that’s all about to change. As of tomorrow, Tiffany & Co’s flagship store (on Fifth Avenue, New York, no less) is opening a café. That’s right, you now CAN have Breakfast at Tiffany’s – just head to the fourth floor.

The Blue Box Café (think of Tiffany’s iconic packaging and the name will make sense) is an Insta dream: a dining spot where everything comes in the brand’s iconic shade of blue, with silver accents and a marble feature wall – yep, it’s fancy.

And the food? Well, as you’d expect, it’s pretty high-end. According to Vanity Fair, Holly Golightly’s iconic coffee and croissant come at a cool $29 (£22), with other options including avo on toast (obvs), truffled eggs and smoked salmon bagels.

If you’re after a little more than just breakfast, cakes and patisserie start at $36 (£27), while the Fifth Avenue Salad comes topped with lobster and afternoon tea is an obvious highlight. As Tiffany & Co. put it, the café serves “American classics made with the highest quality, regionally sourced ingredients”.

But whatever you order, we can pretty much guarantee that your meal will be an unforgettable experience – after all, how many people can say they’ve actually had breakfast at Tiffany’s?

Excuse us, we’re just off to book flights…

Previous article: 12 Facts About ‘Hogan’s Heroes’ That Are Sure To Surprise You!
Next Post: See The Cast Of ‘The Wonder Years’ Then And Now