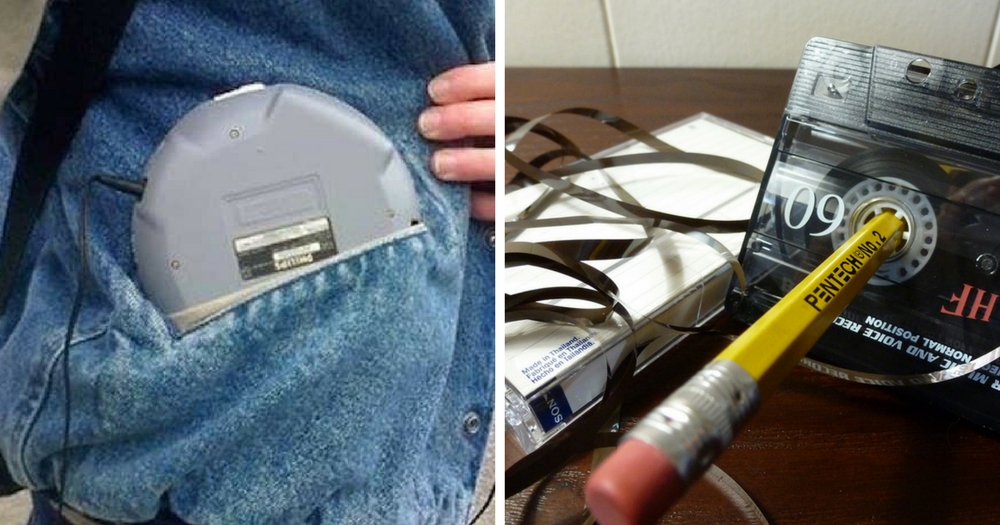 Most of the technologies that we have used in the past have been eclipsed by the remarkable technology that we use today.

Advances in their design have occurred in tandem with the advances in technology in this digital era, with many large products being redesigned and miniaturized into amazingly small sizes.

While we may laugh at the fact that anyone ever found this technology to be cutting-edge, we can’t discount its place in history as a forerunner for all of the technology that wouldn’t exist today without its dinosaur ancestry.

Here is a quick look through history at vintage technologies that we no longer use.

Kodak invented the Super 8/8mm film format in 1965. Soon after, handheld film cameras flooded the market and the living rooms of people everywhere were filled with families watching the hi-jinks at Freddie’s sixth birthday party.

Betamax was developed by Sony in 1975, a year before the ultimately more popular VHS format was invented as a response to Sony’s attempt to control the format of the industry.

Invented by JVC, VHS was the predominant video format by the 1980’s, despite what some argued was the technical superiority of the Betamax format.

Initially marketed as “Discovision”, laser discs were the format choice of tech enthusiasts who had the money to put together a collection until the DVD format came out.

The phonograph, or gramophone, was invented by Thomas Edison in 1877 and was on the mass market by the turn of the century. The gramophone was replaced by the considerably less bulky record player in the latter half of the twentieth century.

Record players are still in use in DJ booths, recording studios, and radio stations all over the world.

An estimated six million people are still involved in this hobby that began at the start of the 20th century. HAM radio operators communicate with each other over shortwave radio. HAM radios have been featured in many popular movies, including The Shining and Contact.

The first tape recorders were reel to reel and were the preferred technology for professional sound designers until digital formats rendered them obsolete.

These devices were considerably less bulky then their reel to reel ancestors, and were used mostly for transcription.

Transistor radios typically only picked up on the AM band and were a ubiquitous sight in schools and businesses in the seventies.

Page Page 1 of 4
Previous article: 15 Spookiest Ghost Towns In America And Their Mysterious History
Next Post: How Well Do You Know Columbo?