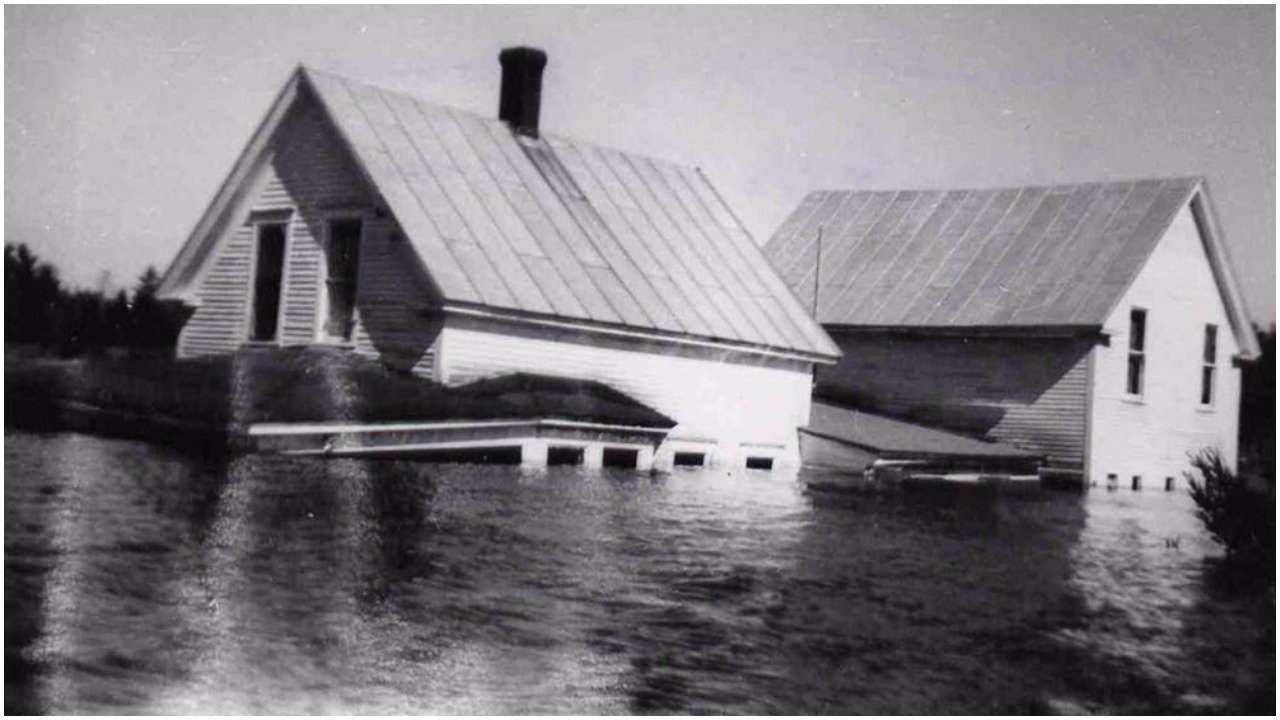 Towns populated with actual people are so overrated. Why elbow your way through crowded hotels and restaurants when you can stroll through eerie ruins and have the place all to yourself—except for maybe a few spirits?

The 19th century saw hundreds of resource-based towns spring up across the American West, many of which died when the resources dried up. Others emptied out after natural disasters such as floods and earthquakes, never to be rebuilt. And while there are ghost towns all over the world (Japan’s Battleship Island was once the site of a vast coal mining facility; the diamond mining town of Kolmanskop, Namibia, was full of grand buildings before the desert started swallowing it up), the ghost towns of America have a special flavor. Here are 15 you can (safely) visit, as long as you don’t mind a few spooks.

Unlike many of the entries on this list, Centralia was abandoned in the later half of the twentieth century due to an accident that has led it to be dubbed “Hell on Earth.” No one knows what lit the fire that has been burning under Centralia since 1962, but it could continue to burn for another couple of centuries. Built on top of long-abandoned coal mines, sometime in 1962 they caught fire and have been burning ever since. At first many residents believed they could cope with an inferno burning just below the surface of the ground, while others thought that somehow, sooner or later, they would figure out how to put it out. Things only got worse as sulfurous gasses started to come out from the ground, pushing people out of homes. Sinkholes became a normality, and infamously in 1981 a preteen nearly fell into one that sprung open under his feet. Formally condemned in 1992, a dozen residents still decide to live there, though the city has been taken over by vandals and graffiti artists. The most modern ghost town on the list, it’s also the most frightening.

Perhaps considered the most famous ghost town in America, Bodie was a former gold mine that declined over the first two decades of the twentieth century as the mines slowly dried up and was shut down. By the 1940s much of the town was abandoned, though there were still residents. Plagued by vandalism, building owners hired caretakers to maintain the properties which is why the town has stood up so successfully over the decades. Named a historic site and a true representation of the Old West, the town has been preserved and has become a popular tourist destination. The town has a rich and colorful history of gambling and prostitution. In many ways, it embodied the Hollywood idea of what we have come to imagine as the old west, and it wasn’t unusual for brawls or shootouts (sometimes resulting in death) to break out on main street outside of a popular saloon.

While not everyone considers Dudleytown a true ghost town as very little of it remains, it doesn’t seem right that we put together a list of creepy ghost towns without giving a nod to the town dubbed “The Village of the Damned.” Founded in the 1700s and abandoned in the 1800s, Dudleytown was a portion of Cornwall controlled by the Dudley family. While it was attempted to make it into farmland, the environment was not very giving, and along with Cornwall, it began to decline. In the twentieth century, much of the land was bought, and trees grown over the former property. It’s now forbidden to enter. The reason why Dudleytown has become an infamous spot is because the Dudley family was cursed. According to legend, several members of the town went insane, two women committed suicide and others reported seeing demons.

Located on the Texas/New Mexico state line along route 66, Glenrio was founded in 1908. It did well for itself for decades as a pit stop along route 66 with a restaurant, motel and gas station. This was until, in 1973, the newly constructed Interstate 40 bypassed the community, transforming it from pit stop to ghost town. The 1940 film The Grapes of Wrath was filmed in part in Glenrio, and the animated film Cars features the Glenrio Motel, inspired by a real life motel in town. As of 2007, a historic portion of the town has been protected as a historical landmark by the state of New Mexico.

The Bulow Plantation ruins have been standing and decaying since they were abandoned over a century and a half ago. Nestled near Daytona Beach and now owned by the State, the ruins represent what was once a 9,000-acre plantation where cotton, sugarcane and indigo was grown. The plantation is older than Florida and was built and worked by over 300 slaves. The Bulow family was forced to abandon the sprawling property, however, during the Florida wars when the militia took over and used the stone walls as a stronghold. The family never took it back and it’s been there ever since. Not much remains of the original plantation, but what does echoes eerily in the present. A reminder of America’s history of slavery, it’s also a swift reminder of the folly of the American dream, where you can build an empire and see it fall in just over a decade.

Page Page 1 of 3
Previous article: Why Was Elvis Arrested for in 1956?
Next Post: 39 Vintage Technologies That We No Longer Use