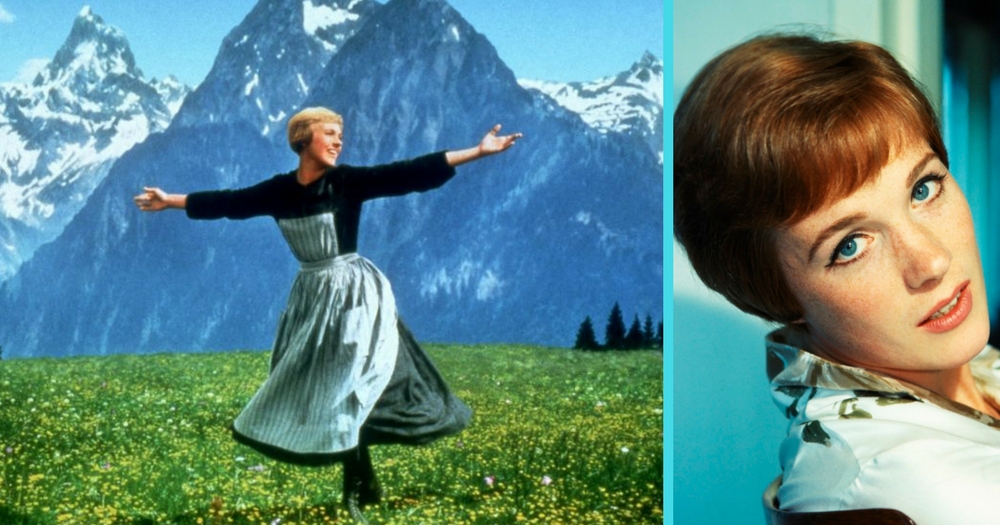 Turns out that filming that uplifting “Hills Are Alive” scene from The Sound of Music was anything but romantic.

Legendary actress Julie Andrews dropped a big bombshell about the iconic performance when she stopped over at The Tonight Show on Friday evening, revealing that her heart was far from wanting to “sing every song it hears” during the 1964 movie’s rough production.

“We had this monstrous helicopter that had a camera man very bravely strapped to the side where the door would be,”

the star recounted to host Jimmy Fallon about the less-than-glamorous method of capturing the seemingly idyllic moment.

“He had a camera strapped to him, he was strapped into the copter, and he was over like this [shooting downwards]. And it started at one end of the field and I had started at the other and we walked together, and honestly, this thing came at me sideways sort of like this giant sort of crab coming at me or a grasshopper or something, and then I’d come into view.”

It gets worse: the Mary Poppins alum would oftentimes be forced to shoot during a rainy Austria downpour

“because you don’t see it that much on camera.”

But her most grueling moment occurred when the helicopter would surface while she was lip syncing along to sound speakers. The thrust from the rotor blades caused her to completely wipe out every single time she filmed the scene.

“The downdraft from the engines just flung me into the grass, and so we did this about six or seven times and I was spitting dirt,” Andrews dished.

RELATED: The Iconic Songs Behind “The Sound Of Music”

This definitely makes us respect the actress’s poise and sunny disposition even more, as she made one of the film’s most iconic scenes come to life!

Other Stories: Favorite Song From The Sound Of Music?

If you LIKE this story, please SHARE this story! And, we would love to hear your comments below…

Previous article: Elliott’s Strong Performance Strains To Keep ‘The Hero’ Afloat
Next Post: Fotomat: Do You Remember Going To Fotomat?